The elegy of the fall

Loosely based on the myth of the lost Kingdom of the Fanes
Sources for thoughts and words: Kläre French-Wieser; Carol Gilligan; Ulrike Kindle; Giuliana Musso; Heinrich von Kleist; Christa Wolf

The Kingdom of the Fanes

The myth of Fanes is a popular tradition of the Ladins, a small ethnic minority (35,000 people) who live in the central valleys of the Dolomites.
It is an epic saga that tells the story of the end of the peaceful kingdom, run by women, and the beginning of a new era of domination and blade. It is a dirge on the fall into the horrors of war.
According to the myth, the few survivors are still hidden in the bowels of the mountain, waiting for the "promised time" to come back - the golden age of peace in which the people of Fanes will finally be able to come back to life.

According to the myth, all survivors who are entrusted with the rebirth of the entire lost people, are children.
Their childhood remains suspended, stuck in time. They are forced to hide, otherwise they could be killed: the war spares no-one. Not even the little ones.
I tried to imagine them and saw them hidden under mouse heads - just like the children drawn by Herakut, a German duo of street artists who have worked in various refugee camps and war-torn regions.

The initial scene is the scene of the end, that is a battlefield.
What is left of the armies becomes a banquet for crows. They are now rather listless due to the abundance of food. The crows talk to each other, act as the choir, describe the battle and the waves of men crashing and sowing pieces of bodies. They dwell on the wonders of the carnage, the stubborn killing until no-one is left behind.
War is never seen on stage. Yet it is there, as is described to the audience from the standpoint of the only characters who always benefit from it.

The Elegy of the Fall feature animatronics characters on stage. They have been designed and realised by set designer Paola Villani. These characters fit into the tradition of puppet theatre, but simultaneously they unhinge its common perception as their movement is based on animatronics applied technologies and the use of industrial components.
This device was specifically built for The Elegy of the Fall, and helps move a complex system of cable levers through mechanical joysticks. These are operated by hand by a single actress.

According to Kläre French-Wieser, three important passages of human history have merged into the Ladin Saga of Fanes:
• The transition from a matriarchal system to patriarchy;
• The transition from a peaceful to a belligerent system;
• The passage from the culture of the totem (i.e., that of hunters who were still in contact with nature and recognized the totemic ideas of animal ancestors) to a culture of mining and extraction from the mountains.
The myth of Fanes tells of a golden age in which human beings and nature lived in close alliance. This allowed them to live in peace and prosperity. In this golden age, humans were led by women. Then came a foreign king and things changed forever.

The access code to this enormous treasure of stratified knowledge, however, follows a path made of images, not words. Indeed, thought does not "speak" through linguistic signs, but "sees" the iconic value of symbols.
Mythical thought is never accidental. It emerges within a precise organized system of divine activities and functions. Mythology therefore reflects a conceptual structure.
All peoples on Earth have their own peculiar heritage of mythical stories on the origins of the universe, gods, social order. These stories all create images to represent fears and ancestral questions: who are we, where do we come from, what is our destiny?

Looking back to move forward

In his anthropology essay The Chalice and the Blade, Riane Eisler investigates the social structures created by humanity over the centuries. Faced with an endless string of wars and injustices, Eisler reflects upon questions which seem more necessary than ever: Is war an indelible part of the destiny of our human race? What pushes us eternally to war instead of peace? Why do we hunt and persecute one another? Is male domination over woman inevitable? Can we ever move from a system of incessant wars and social injustice to one of mutual understating and peace?
According to Eisler, the answers for a better future could be in a point in time during the prehistory of European civilization, which the Lithuanian archaeologist Marija Gimbutas talks about. During this age, our cultural evolution seems to have been literally upset.

The approach of archaeomitology is multidisciplinary and combines descriptive archaeology with comparative mythology, folklore, historical ethnology and linguistics.
In her essay The Language of the Goddess, Marija Gimbutas reconstructs a lost world that corresponds to Neolithic Europe. During these times, the presence of women were central to the idea of sacred and social structure. An ancient Europe which was very different from the patriarchal Europe which took root later on, characterized by the predominance of male over female and the oppression of the weaker peoples.
In support of her argument, the Lithuanian archaeologist illustrates the traces and symbols that can still be found in the legends, myths, folklore, spiritual aspects of the following ages - these have preserved the memory of this Neolithic culture.

Sources for thoughts and words

I got to know the texts by Riane Eisler and Marija Gimbutas thanks to Giuliana Musso, when she asked me to perform in her project La città ha fondamenta sopra un misfatto (The city is founded on a misdemeanor), ispired by Christa Wolf's Medea.
This recent project ideally links back to the feminist discourse I started with the Trilogy on female resistance, and collects all the threads woven by other scholars and artists before me. It is part of a horizon of thoughts and words that is incessantly handed down despite millennia of patriarchy.
The Elegy of the Fall aims to conjure up new images to tackle old issues. Through the ancient myth of Fanes, this show resurrects the lost story of what we were, of a social alternative which is desirable for the future of human kind but has always been presented as an unattainable utopia. But as it turns out, it has already been done. 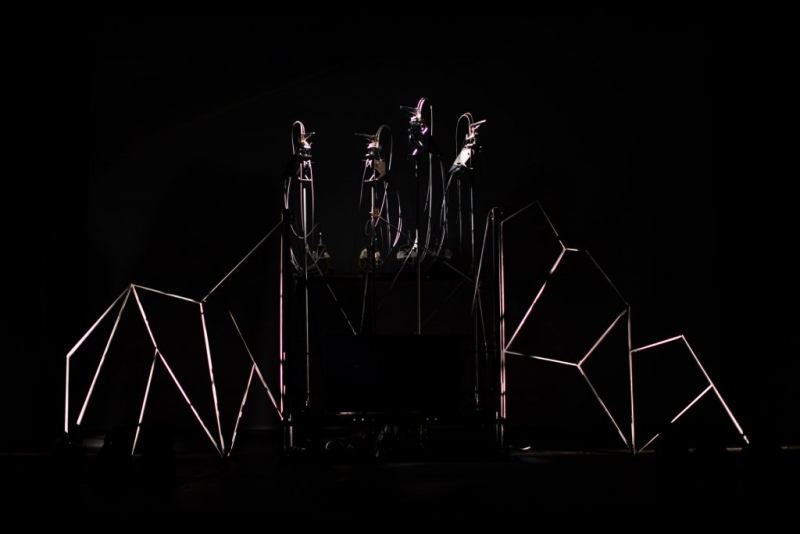 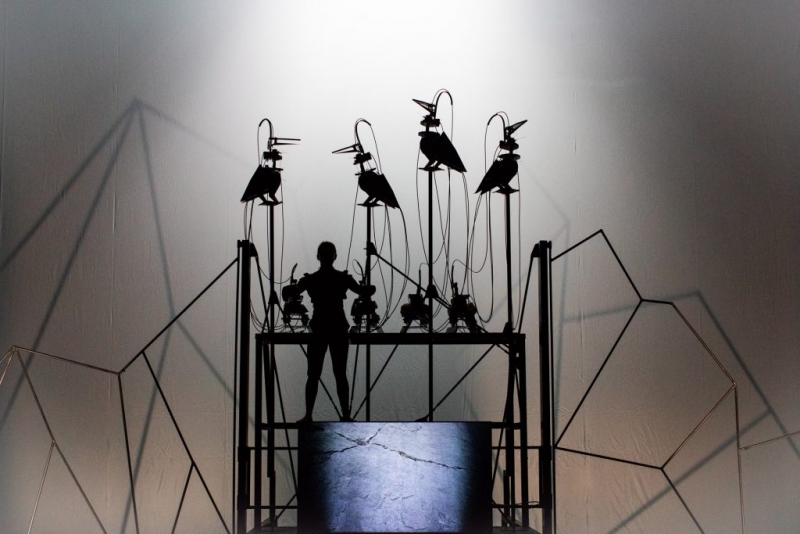 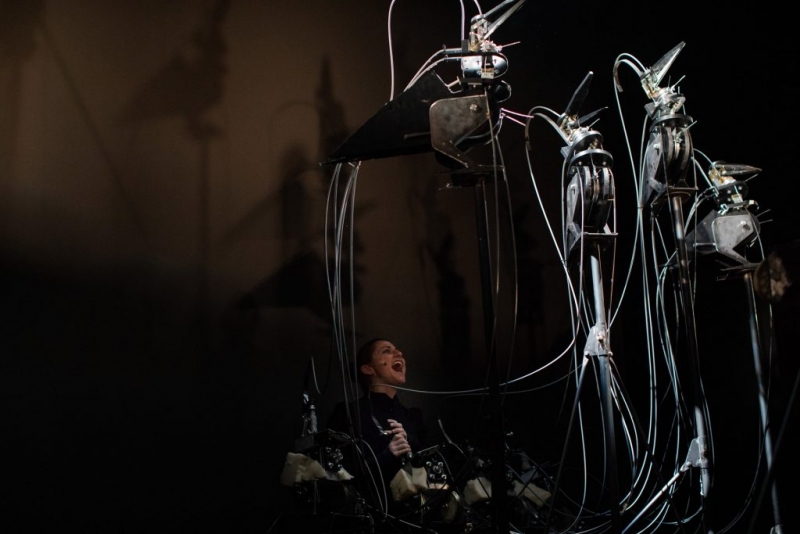 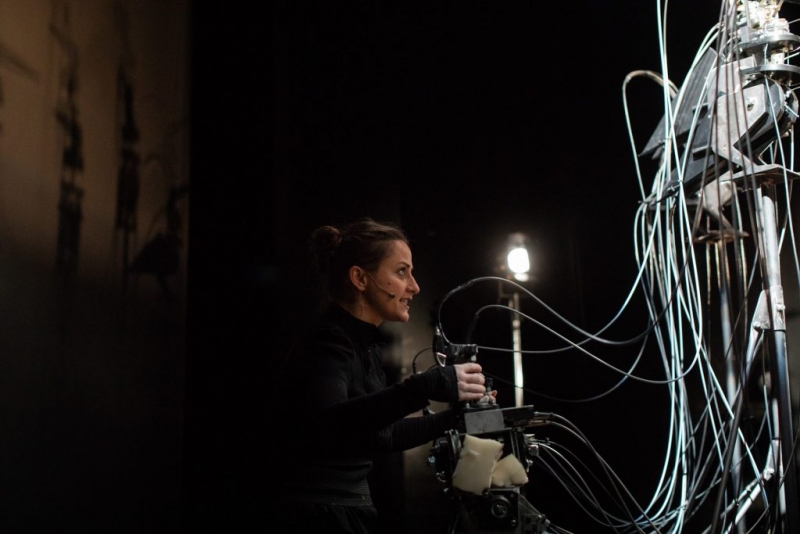 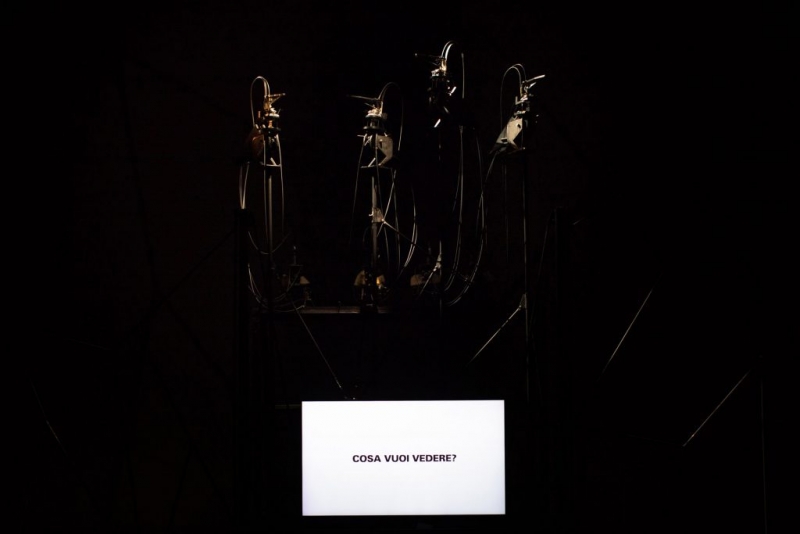 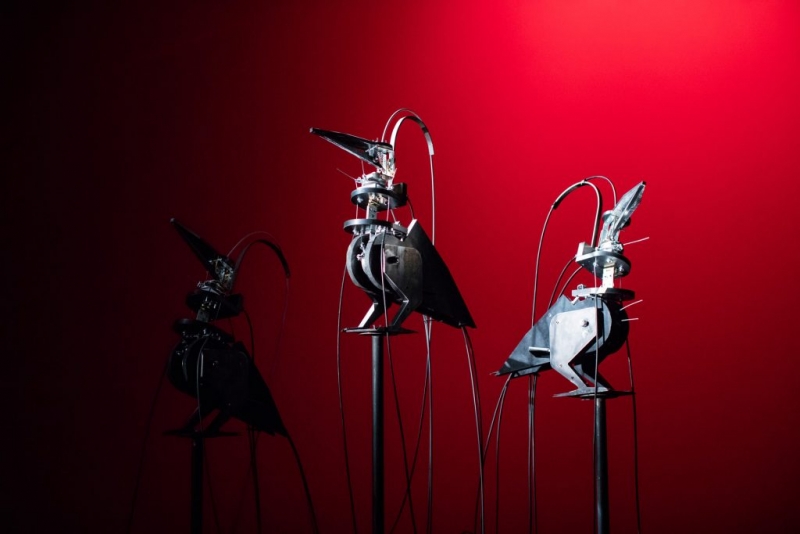 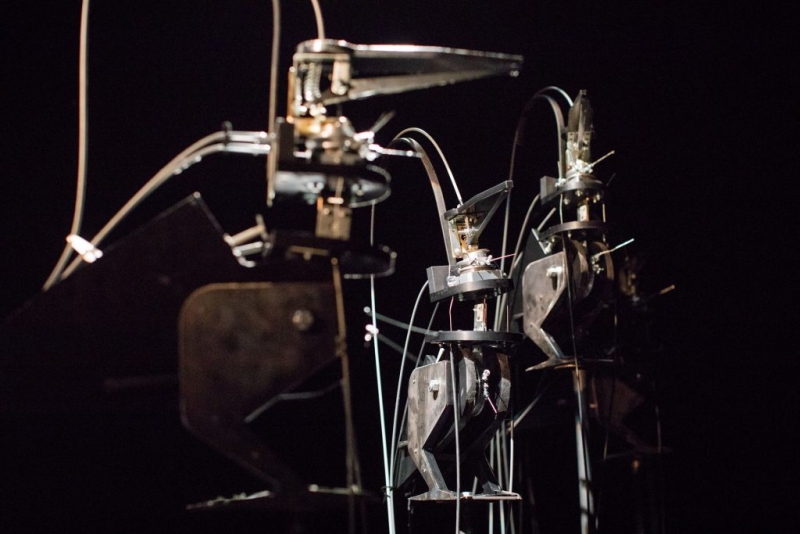 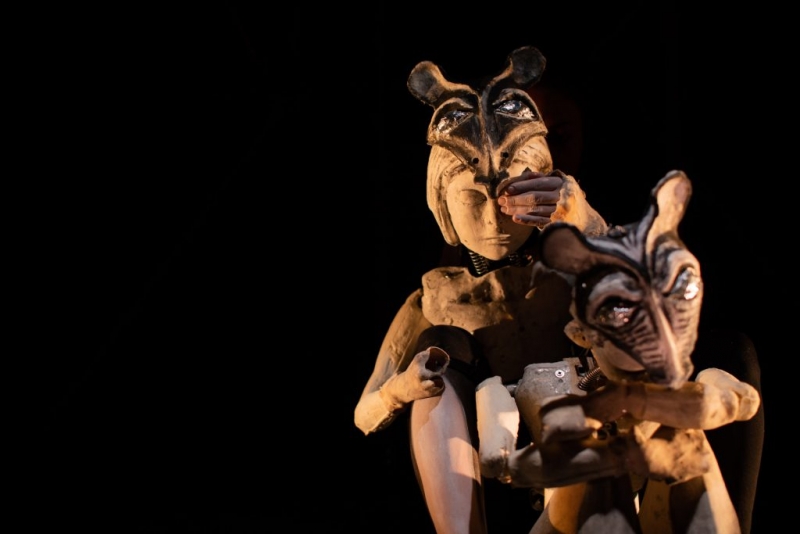 Warning: You will hear and see strong and repeated disturbing sounds and frequent flashes during the show.