IT'S BEAUTIFUL TO LIVE FREE!

A PROJECT OF CIVIL THEATRE FOR AN ACTRESS, 5 PUPPETS AND A DOLL

It’s beautiful to live free! is a performance which aims to free Resistance from the greyness of rhetoric. To restore the idea of anti-fascism with the brightness and the enthusiasm that were then always present, even in the most difficult moments. To bring back the joy, the laughters, the hopes of partisans, suffocated by the sterile historiography of accumulation of facts. This is a performance to rediscover the lively and dizzy atmosphere of that period of our history, when everything seemed to be possible. For these reasons, It’s beautiful to live free! is dedicated to all people who have studied anti-fascism only in school books, hoping that Resistance can become an “April’s feast” even for them.

It’s beautiful to live free! gives the taste of Resistance without any rhetorics. Personal Resistance, that was lived in the impetuous age of youth with its challenges, choices, involvements. Political Resistance, that led the protagonist, Ondina, to meet with history and its violence. Poetic Resistance, that stood against the Horror which moves forwards and annihilates everything. Teenage Resistance, where Ondina meets blood, suffers blood, cries over blood, but keeps on stating the necessity of happiness and joy, even during the most extreme events that she is living. Marta Cuscunà investigated Ondina’s tracks through an accurate research of historical documents, inside the memory of her own territory and through the words of the the people that had once met Ondina. This is an happily peculiar performance, which combines effective and lively narration - curious for the little everyday gestures and the wonders of a young girl - with the puppeteer’s skills. Marta Cuscunà takes the characters, blows them away of their dust and returns them back - happily reinvented - through a popular, effective and archetypical communication. In this way even the horror of Nazi’s lagers could be told, without the performance loosing any purity and joy in telling the same history that we still are now.

The performance is inspired by the biography of Ondina Peteani who, only 17, suddenly feels an overwhelming need for freedom and discovers herself unable to just stand and doing nothing, aware and determined to act to change her country. Ondina takes part in the fight against fascism in the Julian Venetia territory, where Resistance begins earlier than in the rest of Italy, thanks to the collaboration with the Slovenian partisan groups, that aroused in 1941 already to oppose the fascist occupation of Yugoslav territories. Her path starts by attending the clandestine meetings of the school of communism, where values such as women's emancipation and equality between women and men are flourishing with an extraordinary advance. When she turns 18, Ondina becomes partisan dispatcher and starts to face the most incredible missions: she even joins a special commando in charge to kill the notorious traitor Blechi. Ondina also takes part in the creation of the Proletarian Brigade, a formation of more than 1500 workers, all together and still wearing their work overalls, going to Carso to join the partisan groups. In 1943 her life is roughly upset when, only 19, she is thrown into the nightmare of Nazi deportation. However, in this dramatic moment, Ondina finds again with her obstinate awareness the only possible answer: Resistance! “Because it’s beautiful to live free!”

It’s beautiful to live free! is the last sentence that Ondina Peteani wrote a few weeks before dying. In the hospital, a doctor asked her to write – with her eyes closed - the first sentence that would come into her mind. Ondina wrote about what she deeply felt: love for freedom.

I would like to tell this story with various languages: testimonies - to re-create the mood and spirit of those years, through the words of people who lived them in person; civil monologue - to create a connecting thread between the past events and a contemporary point of view; glove puppets - to recover the ways of popular theater, the same form of theater the Partisans wrote and played when they wanted to celebrate and spread news of victories; puppet theater - to narrate in an evocative way the horror of the Nazi’s lagers.
The relationship between puppet and puppeteer is the same that exists between deportee and jailer. Furthermore, everything can be done on a puppet, even the most terrible things. While in front of images of Auschwitz’s deportees, the emotional shock is so strong that people look away; in front of a beaten up and humiliated puppet, on the contrary, people stay and watch till the end and emotion leaves room for thought.

Ondina’s biography has literally shaken, excited and lightened me up. I’ve met a girl, just a little younger than me, who was unable to stay and watch. She was aware and determined to act in order to change her country. She had a paramount intuition: women are a fundamental resource for Peace and Justice. She was an example of active involvement and she demonstrated how every single individual can become essential to the life of an entire group.
The story of Ondina gave me the opportunity to look at the nightmare of Nazi’s lagers from a peculiar point of view: Ondina was deported, humiliated, tortured and robbed of her identity because she was fighting for Freedom and, despite everything, she chose to take a side. I feel the urgent necessity to tell this story today, because “without memory we are without future” and a lot of people in Italy have too quickly forgotten the meaning of the Resistance movement.

It’s beautiful to live free! is the first stage of the project about Female Resistance 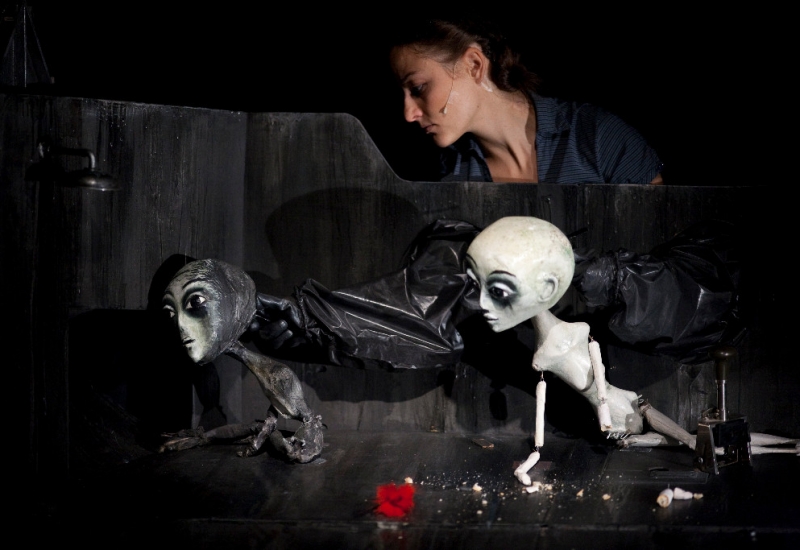 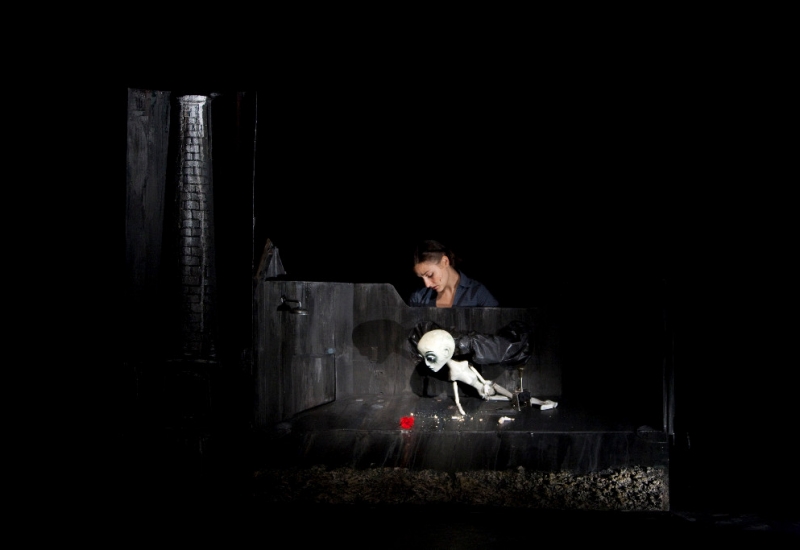 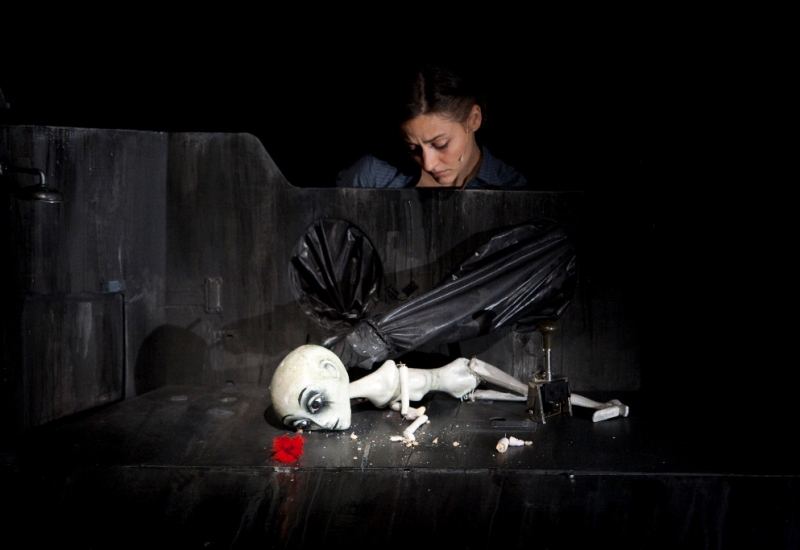 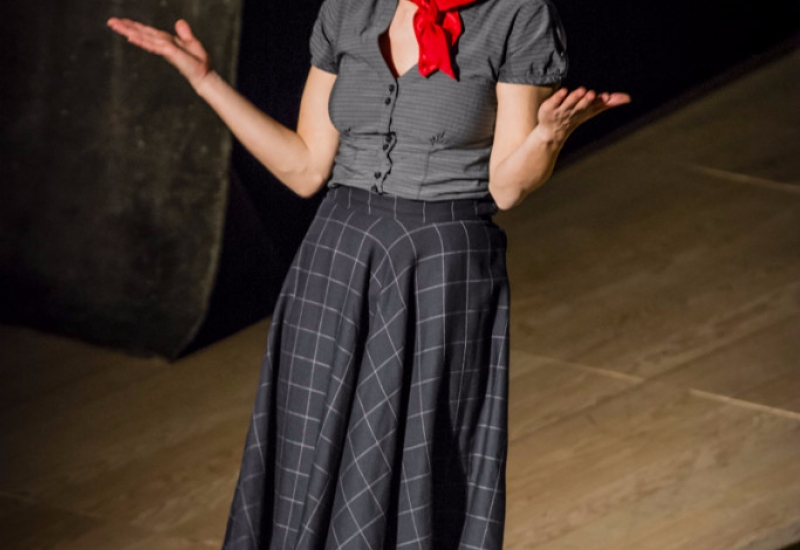 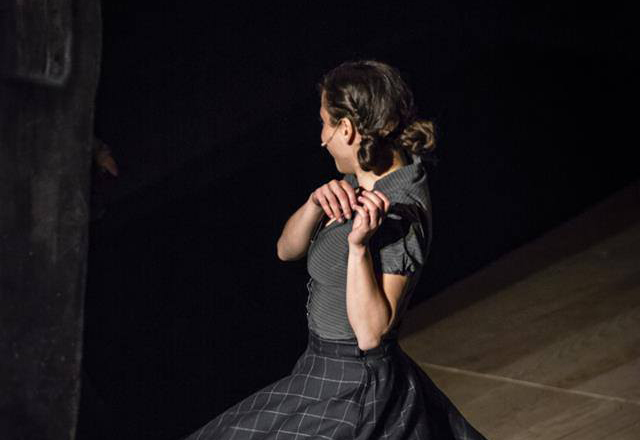 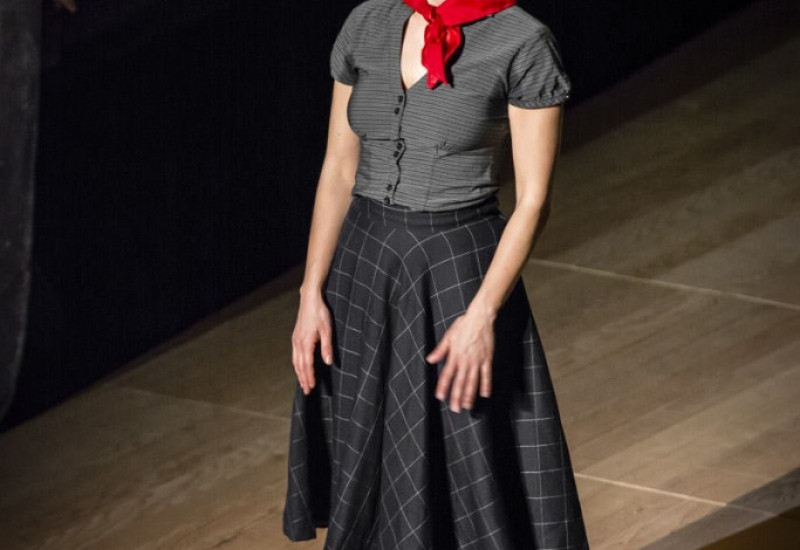 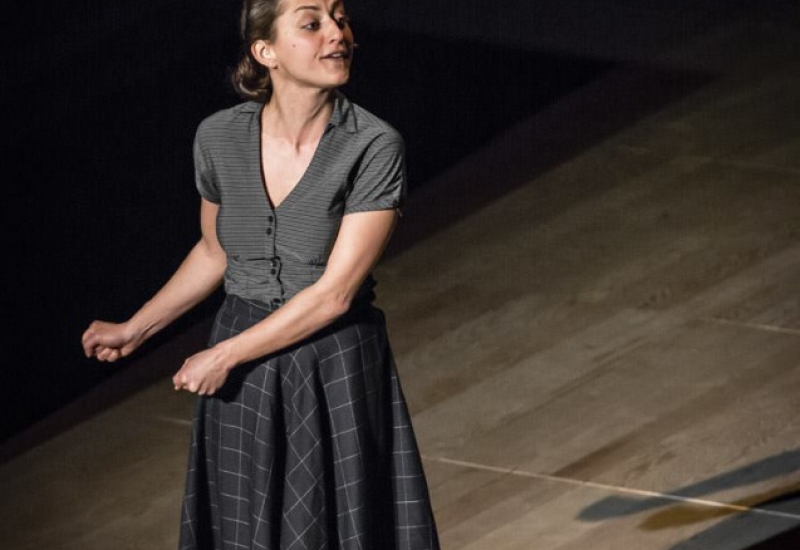 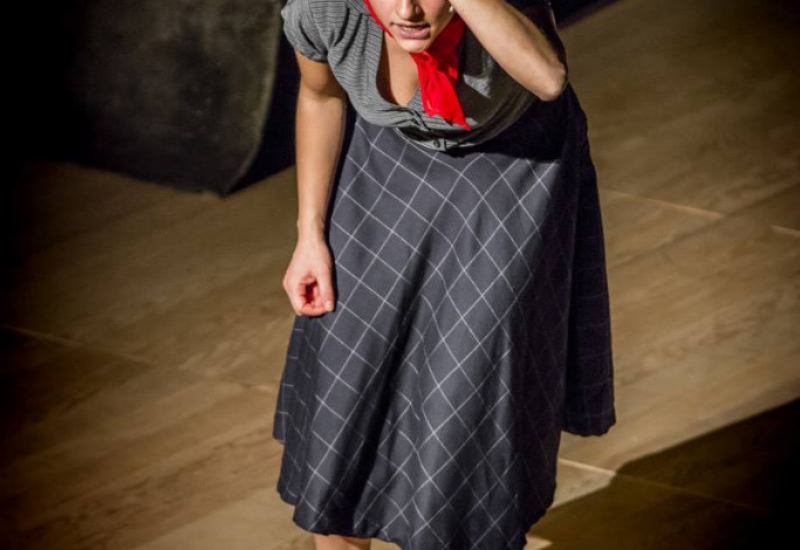 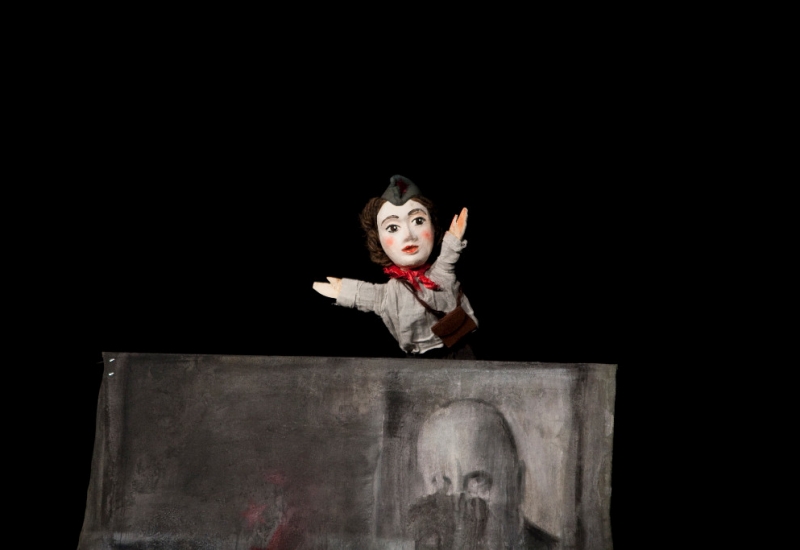 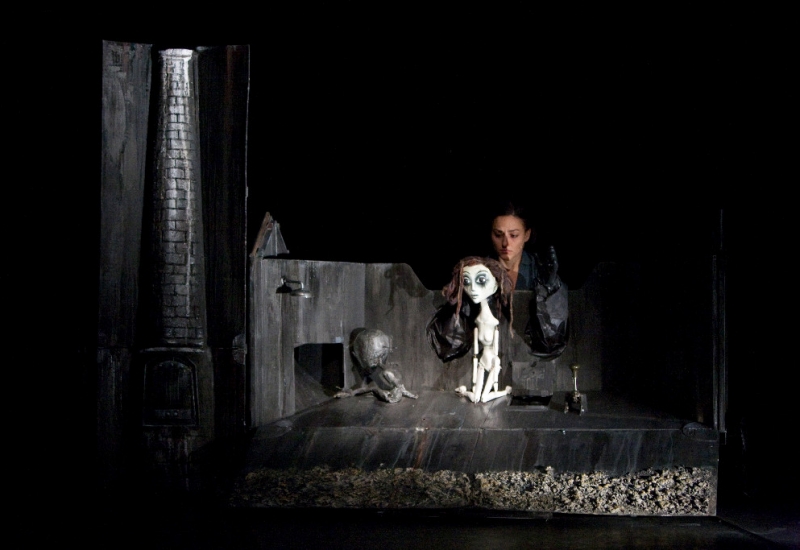 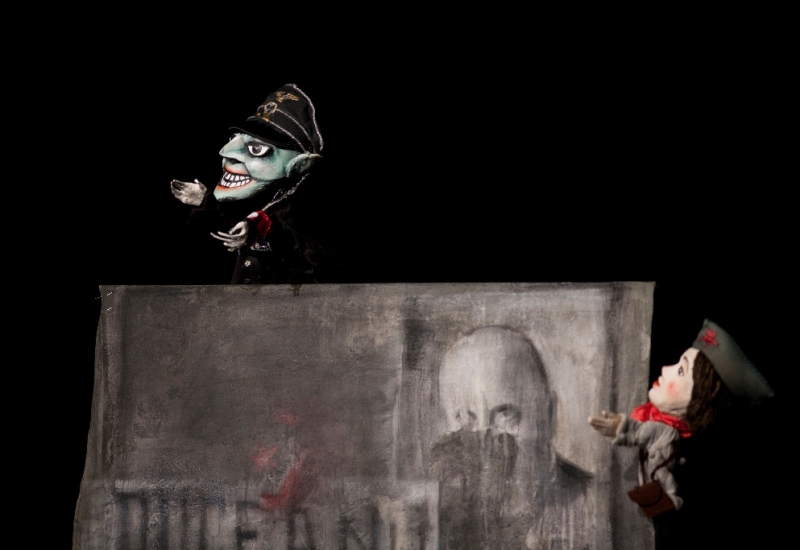 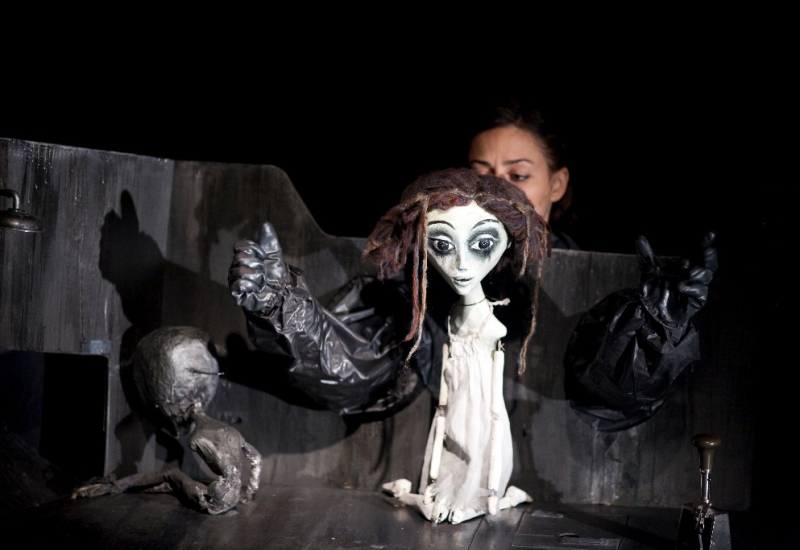 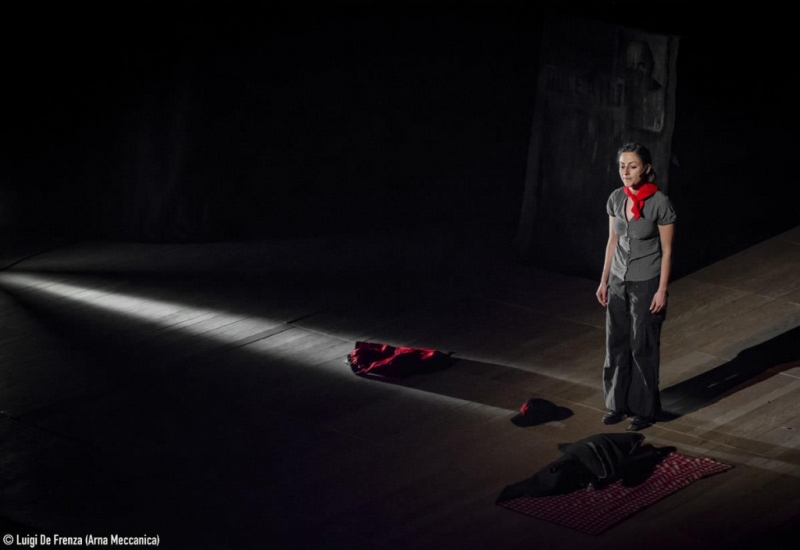