Dialogues on a secret pact for 12 severed heads

Freely inspired by the real events of Gloucester, Massachusetts

It starts as a gossip in the high school in Gloucester. There are 18 pregnant girls - 4 times above the average - and it seems not to be an accident for all of them. The story arrives in the city: some of the girls would have planned together the pregnancy, as part of a secret pact, to grow up the children in a sort of female commune. When the headmaster speaks about it on a national newspaper, it becomes a media event and the private life of the 18 girls shocks all the community in Gloucester. Journalists from Australia to Great Britain, from Brasil to Japan crowd the city trying to find an explanation to this disturbing agreement. But they remain empty handed, because the community keep quiet, upset by the fact that the sexual life of their daughters has became the gossip of talk shows all over the world. The Gloucester 18 is a documentary where some of those girls speak, far from the public eye, for the first time. One of them admits to have decided to create a new little world and a new family after being present at a terrible feminicide. This discovery was for me as an alarming sign.

I continued looking for news about Gloucester to understand in what social context could arise the idea of such a disturbing agreement. So I found another documentary Breaking our silence in which the chief of police explains that his department in Gloucester received every day reports of male family violence. He reports impressive data: 380 calls for domestic violence in one year (more than ore per day) and 179 arrests, in a community of 30.000 residents. But the most interesting thing is that the documentary reveals how this situation pushes 500 men to organize a march in the streets of the city to sensitise the community on the problem. They define themselves: men against violence. In the interviews, most of them declare they felt the necessity to do something personally because the masculine violence is a women's problem (who are subjected to it) but only men can really solve it, changing the male dominant mentality that continues to produce tragedies. The idea at the basis of Sorry, boys is that the conjunction of the agreement between the 18 girls and the march of the men is not a coincidence in Gloucester and is related to the model of manhood that the society imposes to men.

In the black of the scene, two lines of severed heads. Hanging up. On one side adults. Parents, the headmaster, the female nurse of the school. On the other side the young teenage fathers. They all hang up as hunting trophies, all nailed to the wall by a story that found them unprepared. They can afford to understand the reasons of a pregnancy pact between teenagers, but they remain nailed to the wall. The heads of the photo series We are beautiful realized by the 26-years old photographer Antoine Barbot in 2012 during his internship at Erwin Olaf’s studio are the inspiration to project and create the scenic machines in Sorry, boys.

Sorry, boys is the third stage of the project about Female Resistance 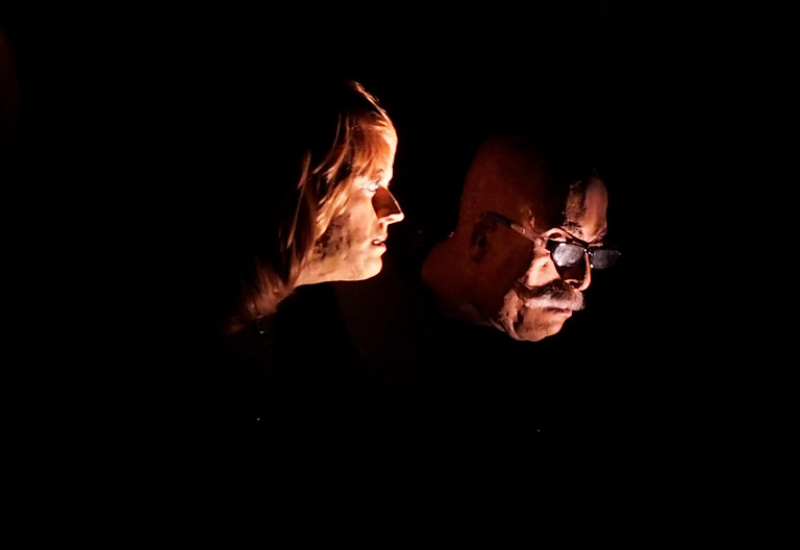 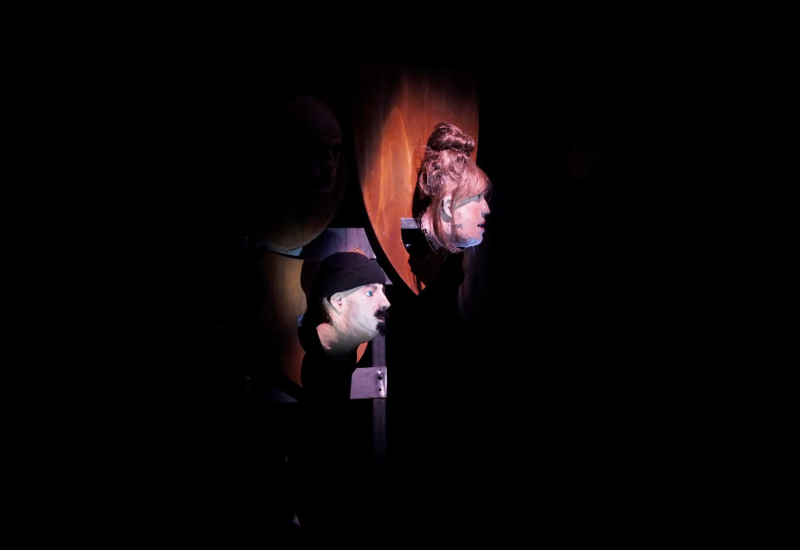 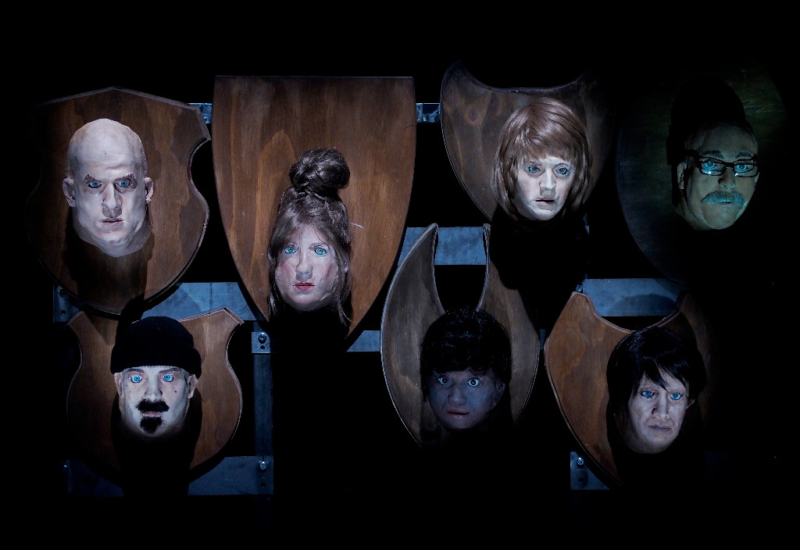 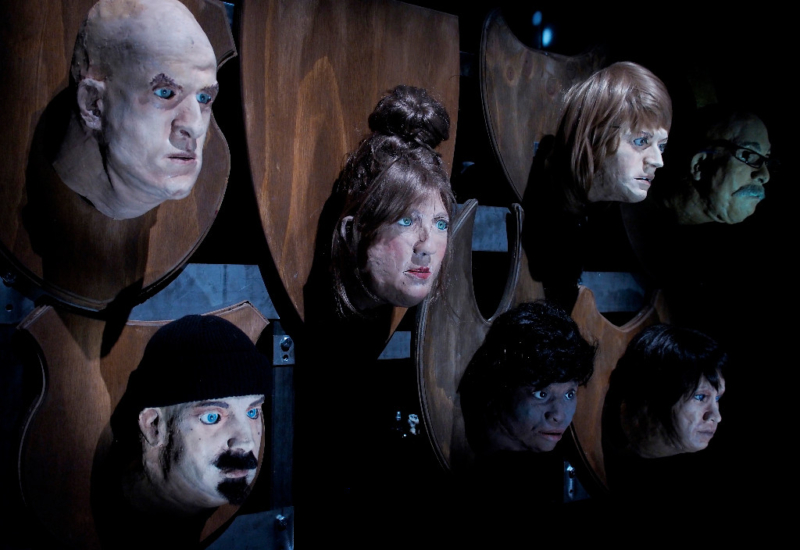 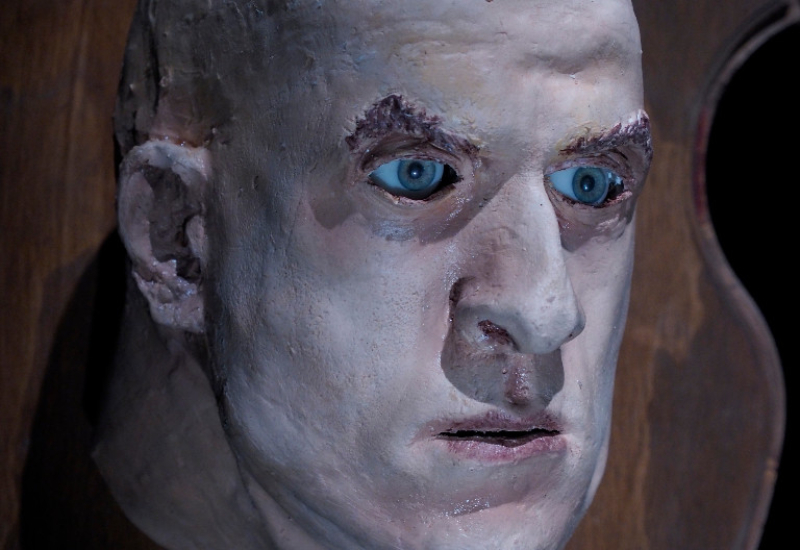 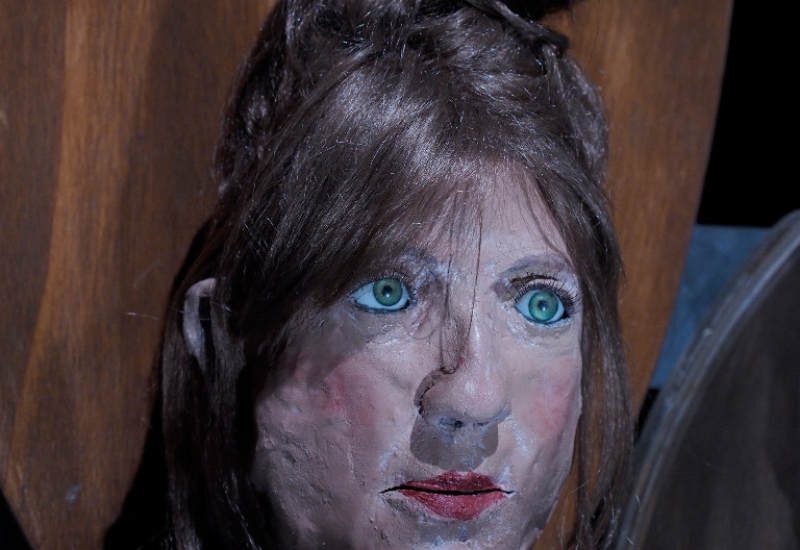 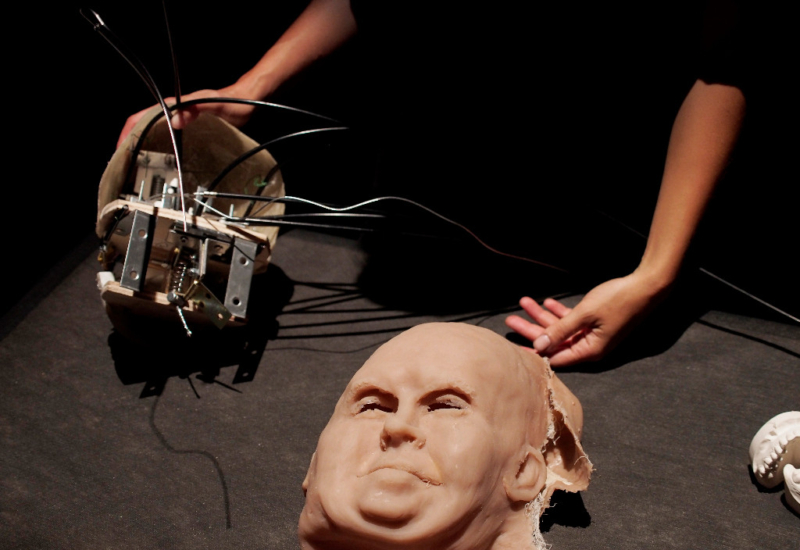